If you find truth and facts about the most critical election since 1860 to be annoying and rude…um, don’t read this…

‘Beholden To No One’ Trump Owes $650 MILLION To China, And Goldman Sachs!!

An investigation by the New York Times revealed another aspect of Trump’s scam that many suspected – he is heavily in debt despite barking that he can’t be bought by anyone during the primaries.

…an investigation by The New York Times into the financial maze of Mr. Trump’s real estate holdings in the United States reveals that companies he owns have at least $650 million in debt — twice the amount than can be gleaned from public filings he has made as part of his bid for the White House. The Times’s inquiry also found that Mr. Trump’s fortunes depend deeply on a wide array of financial backers, including one he has cited in attacks during his campaign.

This follows the familiar pattern – Trump projects the sins he commits on his competitors all the time. While saying that his opponents were puppets who had been bought and sold by business interests, he himself is in debt to those same interests.

For example, an office building on Avenue of the Americas in Manhattan, of which Mr. Trump is part owner, carries a $950 million loan. Among the lenders: the Bank of China, one of the largest banks in a country that Mr. Trump has railed against as an economic foe of the United States, and Goldman Sachs, a financial institution he has said controls Hillary Clinton, the Democratic nominee, after it paid her $675,000 in speaking fees…

Mnuchin, according to his Bloomberg profile, was a partner at Goldman Sachs, where he worked for 17 years. He also worked at Soros Fund Management LLC, founded by liberal mega-donor George Soros…

Buying of the President 2016 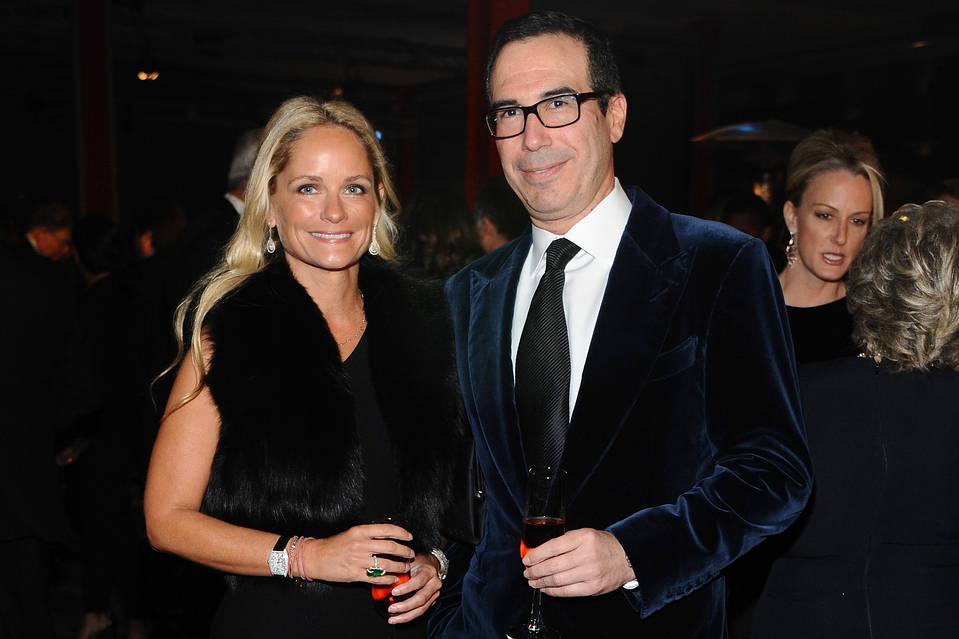 A review of public records, however, suggests Mr. Mnuchin has spent more than $7,000 in the past trying to do just the opposite.

…Mr. Mnuchin has also given to several other Democratic presidential campaigns over the years, including those of John Edwards, John Kerry and Al Gore. The only Republican presidential candidate he has donated to is 2012 nominee Mitt Romney… 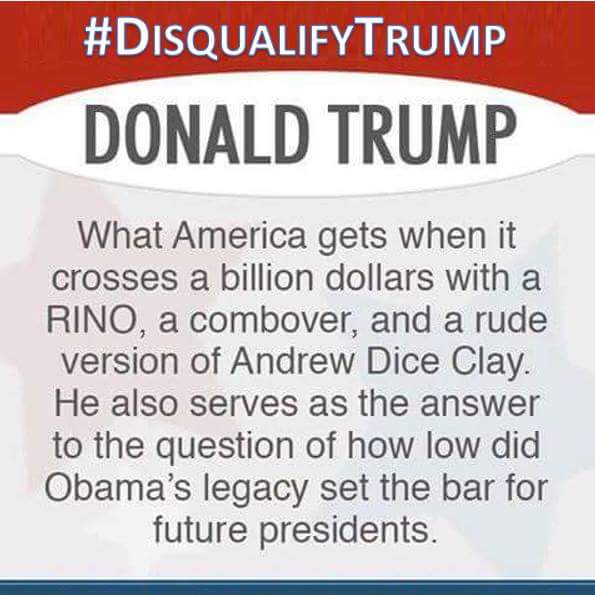 Well, there it is.

Trump is a fraud pulling a nation-wide scam and con…and ONLY those who wish to be blind and deaf to the facts and truth do not see it.

Our choices are Marxist “A”- Hitlary Clinton, or Marxist “B”- her long-time friend, donor, and cohort, Little, Lying, Liberal Donnie El Trampo. OR Evan McMullin OR write-in Ted Cruz…or a laundry list of Libs and Loons from fringe, independent parties. We warned that DT was a Liberal.

We warned that DT was a Democrat-in-Sleeze-Clothing.

We warned that DT was running to clear the G.O.P. field of any and all (real) Conservatives, any of the other 16 candidates would have been FAR BETTER than DT.

We warned that DT was running to get Hitlary elected.

We warned that DT, the Clinton’s, ObaMarxist, Soros and other Marxist agents in the Democrat Party planned this since at least the spring of 2015, if not as early as 2012.

YOU OWN THIS.
YOU OWN THE DEATH OF AMERICA. THE FINAL STEP IN THE MARCH TO MARXISM.

WE WARNED…WE REJECTED THE MARXIST DELUSION THAT YOU SWALLOWED HOOK, LINE AND SINKER.
YOU OWN THIS- NOT US.