WHILE CONSERVATIVES WERE ASLEEP AT THE WHEEL…

[Though I have permission to re-print entire articles from THE COUNTER-JIHAD WATCH, for brevity and the sake of covering more topics and issues I will only post excerpts and the link.]

Robert Spencer: Is It “Islamophobic” to Call 9/11 Hijackers “Islamic Terrorists”?

Published on Sep 27, 2016 by JihadWatchVideo

Jihad Watch director Robert Spencer discusses two recent protests by Muslims against the labeling of the 9/11 hijackers as Islamic terrorists, and shows how they’re part of ongoing efforts to intimidate Americans into thinking it wrong to oppose jihad terror. 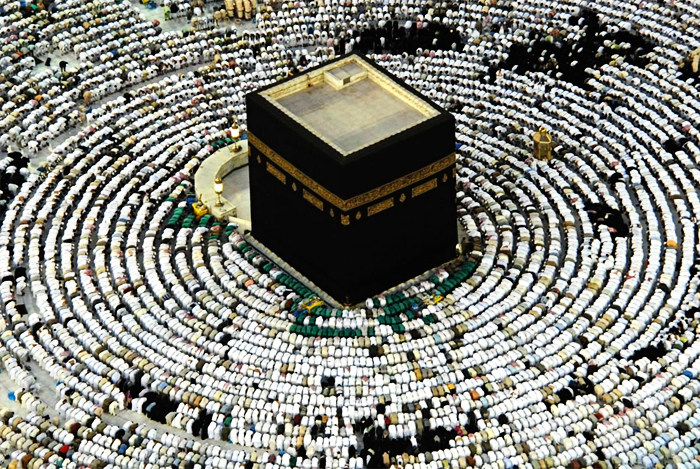 It is simply false to declare that jihadists represent the “tiny few extremists” who sully the reputation of an otherwise peace-loving and tolerant Muslim faith. In reality, the truth is far more troubling — that jihadists represent the natural and inevitable outgrowth of a faith that is given over to hate on a massive scale, with hundreds of millions of believers holding views that Americans would rightly find revolting. Not all Muslims are hateful, of course, but so many are that it’s not remotely surprising that the world is wracked by wave after wave of jihadist violence.

To understand the Muslim edifice of hate, imagine it as a pyramid — with broadly-shared bigotry at the bottom, followed by stair steps of escalating radicalism — culminating in jihadist armies that in some instances represent a greater share of their respective populations than does the active-duty military in the United States.

Trump and Clinton — Unfit to Be Commander-in-Chief

Neither major-party candidate has the character or the competence to lead this country. Never before have American primary voters presented the general public with two candidates so manifestly unfit to be commander-in-chief. Never before have we watched two candidates lie so boldly and brazenly to our faces, and never before have we been presented with such a miserable combination of lawlessness, ignorance, and arrogance. In yesterday’s so-called commander-in-chief forum, hosted by NBC’s Matt Lauer, Hillary Clinton and Donald Trump made it clear that they seek power — competence and integrity be damned. *SOURCE, WITH VIDEOS*
Trump Praises Saddam Hussein for How Well He Killed Terrorists 1:12

Presumptive Republican nominee Donald Trump made headlines Tuesday night when he praised Saddam Hussein for his counterterrorism strategy while maintaining that the former Iraqi dictator was a “really bad guy.”

“We shouldn’t have destabilized Saddam Hussein, right?” Trump asked his supporters on Tuesday. “He was a bad guy, really bad guy, but you know what he did well? He killed terrorists. He did that so good.”…

After Russian President Vladimir Putin praised Trump as “talented” and the “absolute leader” in the GOP race for the White House back in December, Trump said that “sure” he liked Putin’s remarks about him.

“When people call you ‘brilliant’ it’s always good, especially when the person heads up Russia,” Trump told the hosts of MSNBC’s “Morning Joe.”

When reminded that Putin is a U.S. adversary who kills journalists, silences political foes and invades countries, Trump still did not criticize him.

“He’s running his country and at least he’s a leader, you know, unlike what we have in this country,” Trump said. “I think our country does plenty of killing, also.” …

The Republican presumptive nominee seemed to laud North Korean dictator Kim Jong Un at an Iowa rally in January for his ability to oust political enemies.

“If you look at North Korea, this guy, I mean he’s like a maniac, okay?” Trump said. “And you’ve got to give him credit. “How many young guys — he was like 26 or 25 when his father died — take over these tough generals, and all of a sudden … he goes in, he takes over, and he’s the boss,” Trump said. “It’s incredible. He wiped out the uncle, he wiped out this one, that one. I mean this guy doesn’t play games. And we can’t play games with him.”

The week before this statement was made, the North Korean governmentreleased a picture of Kim allegedly authorizing a hydrogen bomb test.

Trump defended his decision to re-tweet a Mussolini quote on NBC’s “Meet The Press” in February, saying that “I want to be associated with interesting quotes” and that the origin of the quote did not make a difference.

The Italian fascist allied with Adolf Hitler as part of the Axis Powers in World War II.

“@ilduce2016: “It is better to live one day as a lion than 100 years as a sheep.” – @realDonaldTrump#MakeAmericaGreatAgain“

When asked last October if he believed the Middle East would be better today if Libyan dictator Moammar Gadhafi and Iraqi dictator Saddam Hussein were still in power, the outspoken Republican said, “100 percent” and that “it’s not even a contest.” Trump reversed his stance in June to say that he would have supported Gadhafi’s ousting with “surgical” U.S. airstrikes.

“I was for something, but I wasn’t for what we have right now,” Trump said on CBS’s “Face The Nation.”

The business mogul has also boasted that he “made a lot of money” from Gadhafi, whose regime was a known sponsor of terrorism.

“He came to the country, and he had to make a deal with me because he needed a place to stay,” Trump said. According to BuzzFeed News, Trump tried to meet with Gadhafi himself to “explore business ventures.”

Trump made waves in March during a GOP presidential debate when he called the 1989 Tiananmen Square Massacre, in which hundreds of protesters were killed as the People’s Liberation Army enforced martial law, a “riot.” While he insisted that he did not endorse the killings of the pro-democracy demonstrators, he called the Chinese government “strong.” …

NOW, JUST SOME HEADLINES AND LINKS:

Donald Trump Can’t Hire The Best People, Because They Refuse To Work For Him

Pssst…the same is true of DT. Not only is DT a Liberal who has done and said a LOT lying, Liberal, crap…BUT HE FUNDED AND SUPPORTED HITLARY WHILE SHE DID ALL HER MARXIST CRIMES TOO.

America had 16 much better, far more Conservative candidates than these two festering piles of Marxist excrement, but, hey, apparently there are just enough deluded, bribed, bullied, blackmailed, lazy, ignorant or plain, ol’ Liberal folks in America now that these are the two Commie Nut-Jobs we got stuck with. Do NOT hold your breath thinking that I will EVER vote for a Liberal/Marxist. NEVER have- NEVER will. Will vote for the ONLY Christian and Conservative in the race, Evan McMullin. And, NO, it is NOT a vote for Hitlary- it’s IS a vote for who and what is right, FOR Biblical-Christian and Constitutional-Conservative Principles and Values. I will NOT bow my knee to Baal. I will, like the three Hebrew children Shadrach, Meshach and Abenego, seek, trust, do, live and vote in harmony with God’s Word and The Lord Jesus Christ.