‘Let it be an arms race’: Donald Trump appears to double down on nuclear expansion 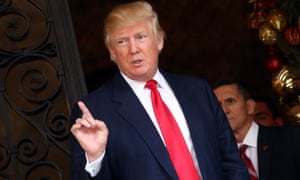 It was unclear who Trump was directing arms race threats against, but he said he received a letter from Putin calling for ‘collaboration on the international scene’

*SOURCE*
[EXCERPTS.]
The president-elect Donald Trump has stunned nuclear weapons experts by appearing to call for a renewed arms race on his Twitter feed and in a TV interview.

“Let it be an arms race,” the president in waiting was reported to have told Mika Brzezinski, co-host of MSNBC’s Morning Joe programme, in an early phone call on Friday.

According to Brzezinski he went on to say: “We will outmatch them at every pass and outlast them all.”

The incendiary comment followed a tweet on Thursday in which Trump threatened to preside over a major ramping up of the US nuclear arsenal.

“The United States must greatly strengthen and expand its nuclear capability until such time as the world comes to its senses regarding nukes,” he wrote.

The volley of remarks had Trump aides scrambling into damage limitation mode, but their efforts were powerless to neutralise the shock waves of alarm and bewilderment provoked by the president-elect’s remarks.

I am NOT opposed to modernising and expanding OUR Nuclear and Conventional weapons’ capacity and size.

I’m a firm believer in Reagan’s “Peace Through Strength/Trust BUT Verify” and Teddy Roosevelt’s “Speak softly, but carry a BIG stick” view of National Defense and the Military. I believe a STRONG America is a FREE America and a much more Peaceful America.

I simply am NOT convinced DT is stable, sane, rational and even-tempered enough to carry pocket knife let alone be in control of a nuclear arsenal that DESTROY THE ENTIRE WORLD SEVERAL TIMES OVER.

I am far from alone in my view. I reported previously:

Trump Can’t Be Trusted With Our Nuclear Codes

These ten gentlemen were all, at one time or another, tasked with carrying out a president’s order for launching a nuclear strike. Now, like others before them, they’ve joined together to release a letter opposing a Trump presidency.

These are the guy that have lived dreading that moment that they would have to unleash hell on the world, but emerged with their consciences intact.

In the letter, they voiced their concerns.

“He has shown himself time and again to be easily baited and quick to lash out, dismissive of expert consultation and ill-informed of even basic military and international affairs — including, most especially, nuclear weapons,” the letter states. “Donald Trump should not be the nation’s commander-in-chief. He should not be entrusted with the nuclear launch codes. He should not have his finger on the button.”

The officers said the Republican nominee lacks the “composure, judgment, restraint and diplomatic skill” necessary for any commander in chief to possess…

…“…it’s very possible that this person, this pathological liar, who lacks self-control, who knows very little about anything and is angry and aggressive, who might lash out with nuclear weapons if he’s elected, could win. That sort of dawned on everyone. We felt we needed to weigh in.”…

It sounds as if Blair and his colleagues have been paying attention.

They just see Donald Trump as too ignorant to be left in charge of handling something as important as our nuclear weapons. 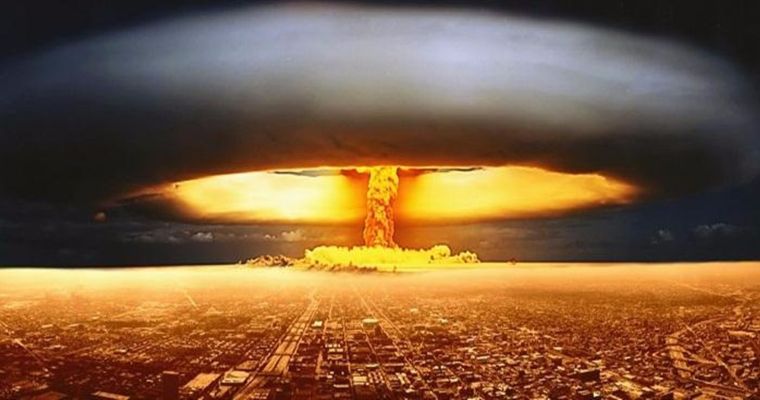 YOU voted for him anyway.