Steve Bannon, Trump’s Top Guy, Told Me He Was ‘A Leninist’ Who Wants To ‘Destroy the State’

“Lenin,” he answered, “wanted to destroy the state, and that’s my goal too. I want to bring everything crashing down, and destroy all of today’s establishment.” Bannon was employing Lenin’s strategy for Tea Party populist goals. He included in that group the Republican and Democratic Parties, as well as the traditional conservative press…. 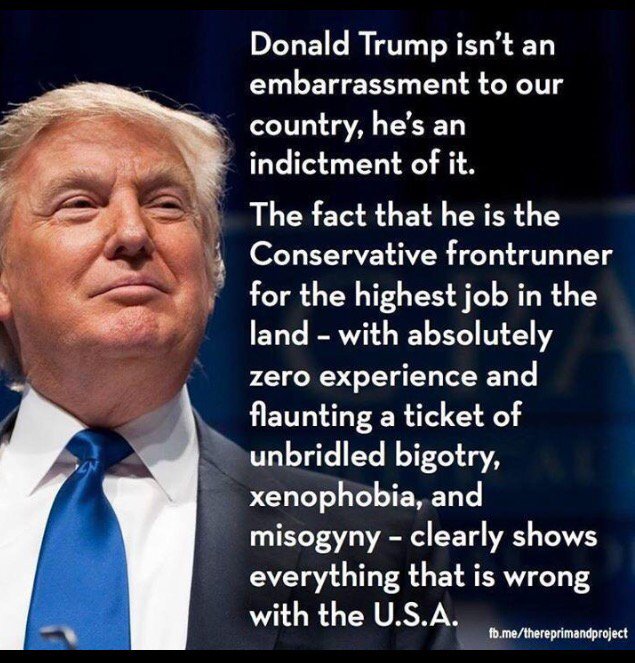 Republicans Rolled Over for Steve Bannon. They’ll Roll Over When He Comes for You, Too.

The appointment of white nationalist Steve Bannon to the Trump White House as “chief strategist and senior counselor to the president” on Sunday quickly tested and disproved one theory that has drifted around Washington in the week since the election: that Donald Trump may be a dangerous demagogue, and he may appoint unhinged maniacs to his administration—but congressional Republicans will serve as a “check” on his most extreme policies and power grabs. We therefore needn’t fret too much about Trump’s promises to ban Muslims from entering the country or punish the press for criticism or revive torture or imprison his political opponents, because House Speaker Paul Ryan and his principled band of congressional conservatives will rein Trump in and force him to respect civil rights and basic democratic norms.

This theory was always nonsense—but the reaction to Bannon’s appointment spared us months of musings about how the white knights of the GOP could save the republic from Trump. Faced with the astonishing fact that Trump had placed a violent, anti-Semitic, misogynistic white supremacist in the White House, congressional Republicans simply rolled over and feigned total ignorance. The grotesque spectacle of their pathetic prostration before Trump may be ugly to watch, but this denialism provides an important lesson: The GOP will not serve as a “check” on Trump. They are his collaborators.

[NOTE: The G.O.P. couldn’t/didn’t hold DT in check in the Primaries nor the General Election, what makes ANY rational person think they can or will now?!!]

If you think using Trump’s 1999 interview where he admits his liberalism is unfair because it’s too long ago, how about when Trump joined Bernie Sanders in advocating for a taxpayer-funded, single-payer healthcare system in 2015?

If you think using Trump’s 1999 interview in which he admits his liberalism is unfair because it’s too long ago, how about when the baby-killers at Planned Parenthood named Trump their “favorite Republican” in 2015?

If you think using Trump’s 1999 interview where he admits his liberalism is unfair because it’s too long ago, how about when Trump failed to support religious liberty in 2015?

If you think using Trump’s 1999 interview where he admits his liberalism is unfair because it’s too long ago, how about when Trump said he wouldn’t tear up Obama’s Faustian Bargain with Iran back in 2015?

If you think using Trump’s 1999 interview where he admits his liberalism is unfair because it’s too long ago, how about when Trump sounded like an anti-Israel liberal (claiming Israel may not want peace and will have to give up even more to Islamists) in 2015?

If you think using Trump’s 1999 interview where he admits his liberalism is unfair because it’s too long ago, how about when Trump came out for a 45% tariff on imported Chinese goods in 2015 (and then lied about it in last week’s GOP debate)?

By the way, polls show middle and lower-middle class Americans are most likely to support Trump. They would be the ones most devastated by Trump’s tariff scheme, because the higher cost of goods they buy at big box stores like Wal-Mart and Target would be passed on to them.

If you think using Trump’s 1999 interview where he admits his liberalism is unfair because it’s too long ago, how about when Trump donated $50,000 to Obamaista Rahm “never let a good crisis go to waste” Emanuel in 2010?

If you think using Trump’s 1999 interview where he admits his liberalism is unfair because it’s too long ago, how about when despite all his tough immigration talk, Trump came out for amnesty in 2015?

If you think using Trump’s 1999 interview where he admits his liberalism is unfair because it’s too long ago, how about when Trump used his pro-baby killing sister as an example of the type of Supreme Court justices he’d appoint in 2015?

Here’s the bottom line—there’s not a single issue on which Trump is a credible conservative.

So why are some conservatives still defending this typical New York City liberal?

In closing let me post, link and excerpt from this-

What is Past is Prologue

“When someone shows you who they are believe them; the first time.” — Maya Angelou

Donald Trump left nothing about his true persona to the imagination throughout his campaign. What you see and hear with Donald Trump is exactly what you get. The idea that there is some inner statesman within him longing to be free is risible. However, his election has revealed how many Americans had been waiting to channel their inner Donald Trump.

Trump is already considering individuals for leadership positions who fill me with fear and loathing; people who have been antagonistic in the extreme to political opponents and are far from the middle of the road. Trump won’t and can’t denounce the hate. His mockery and disrespect for so many of his fellow Americans: women, disabled, Hispanics, Muslims, Gold Star Families, POW’s; and others, shows that bigotry, hatred of women, racism, and contempt for others are an integral part of his character. Trump will soon show his true self when he realizes that not everyone adores him.

Trump has been very consistent in never saying anything bad about those who support him. Note his comment that Putin said very nice things about him so Trump will say nice things about Putin in return. Not once has he criticized any of Putin’s policies in the Ukraine, Crimea or Syria. Trump won’t even believe the US intelligence reports that Russia was behind the DNC e-mail hacks. How could Putin be behind this? He’s such a great guy in Trump’s mind because Putin likes Trump.

On the other hand criticize Trump and you get a weeks long Twitter firestorm.

This is not the time to be defensive. Or tit for tat. The American president must unify, and be the leader of the entire country. That cannot happen if he does not speak out strongly against the hate unleashed in his name. The simple reason for this is that hate — whether based on race, gender, sexual orientation, ethnicity, religion, or immigrant status — only serves to divide.

This will be difficult, because Trump himself used the divisiveness of race, ethnicity, religion, and gender, to attract voters. Hiring Stephen Bannon made that explicit. He boasted about grabbing women’s genitals. You can’t just sweep that under the rug. The key appointment will be Attorney General. Rudy Giuliani, who morphed during the campaign from America’s mayor into America’s moron, somehow fits perfectly with the Trump zombie hordes, especially when he opens his mouth. He is positively drooling over the prospect of being named Attorney General.

“David Duke, the former Louisiana lawmaker and former imperial wizard of the Ku Klux Klan, tweeted that Mr. Trump’s victory was “one of the most exciting nights of my life,” and also, “Our people have played a HUGE role in electing Trump!” In another tweet, he wrote, “Anyone telling you this was a vote for ‘unity’ is a liar and they know it!”

We tried to warn you.

WE KNEW BEFORE the “grab a woman by her P*ssy” tape came out.

WE KNEW ALL ALONG that DT was and IS a lying, Liberal Fraud, and a corrupt, egotistical Hard-Left, New York Liberal.

WE KNEW- AND WE WARNED.

YOU IGNORED- NOW OWN IT.