This Is NOT Then.

You Can’t Be Both

Finally The RNC Admits Trampo NOT Really A Republican 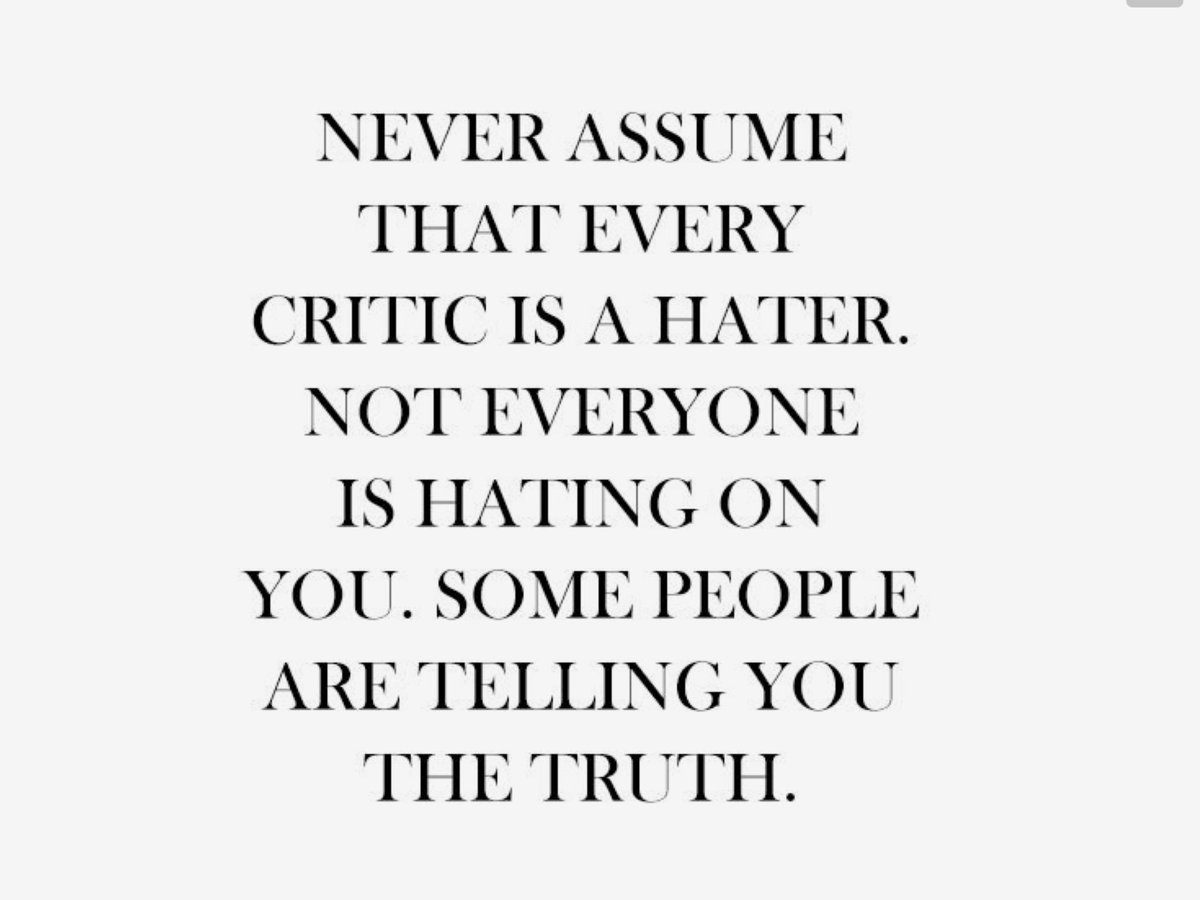 Now, Back To Our Regularly Scheduled Programming…For Now…

DT’s Biggest Batch Of Supporters Are… 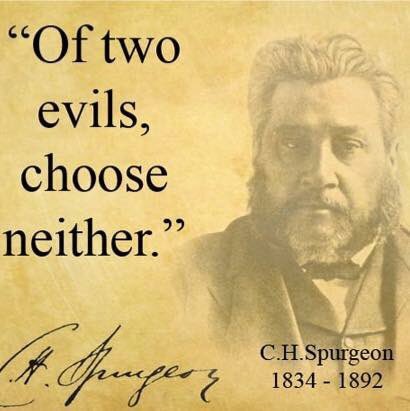 Layers Of An Onion

The Final Nail In America’s Coffin?

Again, WE WARNED YOU…

An Open Message To The (Political) Christian Right

BE YE Angry, And Sin Not… America Got What It Chose…

Winning Equals Being Right…Doesn’t It???

“Wrong does not cease to be wrong because the majority share in it.”
― Leo Tolstoy, A Confession

“I don’t imagine you will dispute the fact that at present the stupid people are in an absolutely overwhelming majority all the world over.”
― Henrik Ibsen

The Alt-Right: NOT Right- NOT Conservative

Even In Lying The Truth Comes Out About Russian Hacking

THERE…that’s the supportive groundwork, now to the article-

Among the most potent themes of Donald Trump’s campaign riffs in rallies across America was his denunciation of Wall Street bankers. A particular and obvious target was Goldman Sachs.

Trump fed his listeners red meat, accusing the Wall Street / Washington axis, with Goldman Sachs at the pinnacle, of orchestrating a “rigged economy”. His campaign released an ad which featured an image of Goldman Sachs Chief Executive Lloyd Blankfein, sounding an alarm about the influence of the “global power structure”.  Trump’s voiceover in the ad, which is unmistakably referring to Goldman Sachs’ and its Octopus-like tentacles in every corner of our economy, narrates:

It’s a global power structure that is responsible for the economic decisions that have robbed our working class, stripped our country of its wealth, and put that money into the pockets of a handful of large corporations and political entities.

Trump was very specific about Goldman Sachs and in fact, he made it one of his prime attack points against Senator Cruz in the election. Of Cruz, Trump tweeted, “Is Cruz honest? He is in bed w/ Wall St. & is funded by Goldman Sachs/Citi, low-interest loans. No legal disclosure & never sold off assets.”

What Donald Trump has done as President is a complete repudiation of his pledge to his voters to “drain the swamp”. His appointees to his economic team and to the Treasury Department have been a parade of Goldman Sachs globalist operatives.

At one point, Trump’s association with Stephen Bannon could have been considered a fluke or a simple irony, given Bannon’s history as an investment banker with Goldman Sachs. His advice to Trump to make Wall Street and globalists, key issues in campaign rhetoric could have been explained by some comments he’s been known to make, such as, “All these firms get bailed out. There’s no equity taken from anybody. There’s no one in jail. These companies are all overleveraged, and everyone looked the other way.”

And in 2014, Bannon told Buzzfeed “You really need to go back and make banks do what they do: Commercial banks lend money, and investment banks invest in entrepreneurs and to get away from this trading,” Bannon said, referring to one of the provisions of the Dodd-Frank financial reform law passed by Congress in 2010.

But then, Steven Mnuchin came on board and the pattern suggesting that Trump voters had been clowned, became clear. Mnuchin’s background demonstrates why Americans will see no reform with him heading Treasury.

Mnuchin, when at Goldman Sachs, was trading hedge funds and after leaving the firm in 2002, he established another investment company called SFM Capital Management. What is fascinating about that, was that a key partner was none other than the frequent alt-Right target of conspiracy theory venom, George Soros.  It’s not a stretch to conclude that Soros now has a proxy in the White House, Treasury Secretary Mnuchin.

Mnuchin, with an estimated net worth of half a billion, has – as have all of Trump’s Goldman economic cabal, used off-shore tax havens to amass enormous wealth from his financialization rackets.

Mnuchin’s time as CEO of One West Bank is a trail of destruction involving the use of robo-signing to foreclose on tens of thousands of homeowners. The Intercept published in January an internal memo from prosecutors at the California Attorney General’s office who said they had found over a thousand violations of foreclosure laws by his bank during that time, and predicted that further investigation would uncover many thousands more.

Mnuchin however, was considered by former California Attorney General, now Democratic Senator Kamala Harris, as too big to jail and we now have the fattest, most voracious fox guarding the national hen house at Treasury.

After Mnuchin passed his confirmation hearings with the Senate Republicans unanimously approving his appointment, there was no more need to camouflage the Goldman takeover of Trump, Inc.

Preceding Mnuchin was National Economic Council Director Gary Cohn, who took advantage of a special provision in Goldman Sachs corporate by-laws, that allows executives that migrate to the White House, the ability to fast track their cash-in on long-term performance awards – which gave Cohn, the former Goldman President, a little check for $123 million.

That Cohn received “performance awards” is miraculous, when the reality is that he should have received an Orange jumpsuit.

Of Cohn’s tenure at Goldman, running the sub-prime mortgage operation during the lead up to the mortgage meltdown of 2007-8, the Senate’s Permanent Subcommittee on Investigations’ 635-page report from 2011, includes this summary paragraph:

“When Goldman Sachs realized the mortgage market was in decline, it took actions to profit from that decline at the expense of its clients. New documents detail how, in 2007, Goldman’s Structured Products Group twice amassed and profited from large net short positions in mortgage related securities. At the same time, the firm was betting against the mortgage market as a whole, Goldman assembled and aggressively marketed to its clients poor quality CDOs that it actively bet against by taking large short positions in those transactions.”

What we’ve examined here scarcely scratches the surface of the rapacious looters within the Trojan Horse called “Government Sachs” that has followed Trump into the White House.

In our next report, we will look at the rest of the cast of players – yes, there’s quite a few more and also examine the leverage that this cabal may have on the President who once railed about “international banks” plotting “the destruction of US sovereignty in order to enrich these global financial powers.” 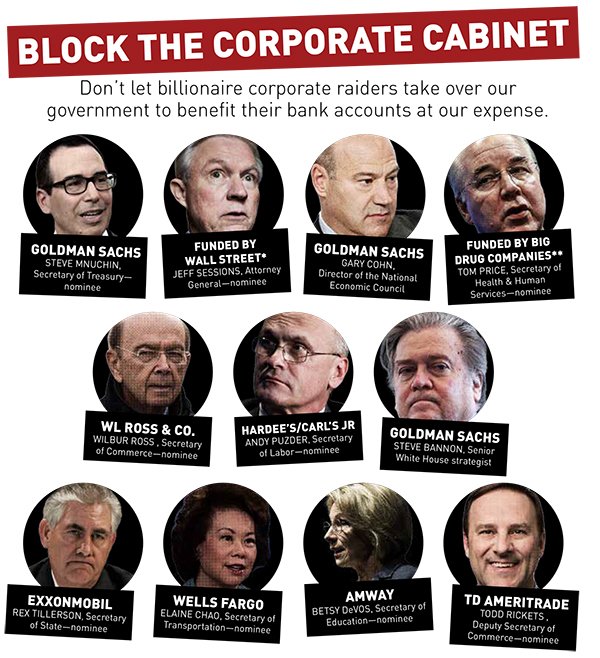 AND, LASTLY, FOR NOW…